Based on an issue price of 32 sen per share and an enlarged share capital of 373.91 million shares, UMC will have a market capitalisation of RM119.65 million upon listing.

Of the gross proceeds of RM31.11 million, RM9 million will be allocated for the repayment of borrowings and RM8.66 million for working capital to finance the purchase of additional distribution products, including ventilators, defibrillators and infant care machines.

Another RM6.8 million will be allocated for the setting up of new marketing and distribution offices in Kuala Lumpur and Johor Baru, while the remaining RM3.5 million will be used for the construction of a new factory in Batu Kawan.

You can find about full news on THE EDGE MARKETS page. 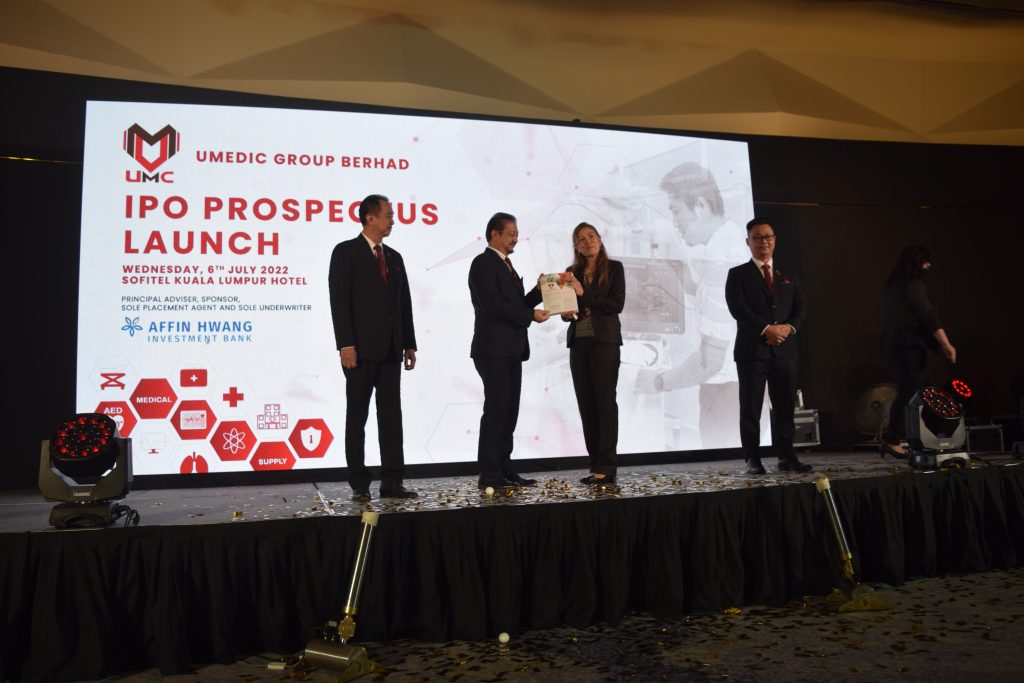